Can You Use a SRAM Crankset With Shimano? 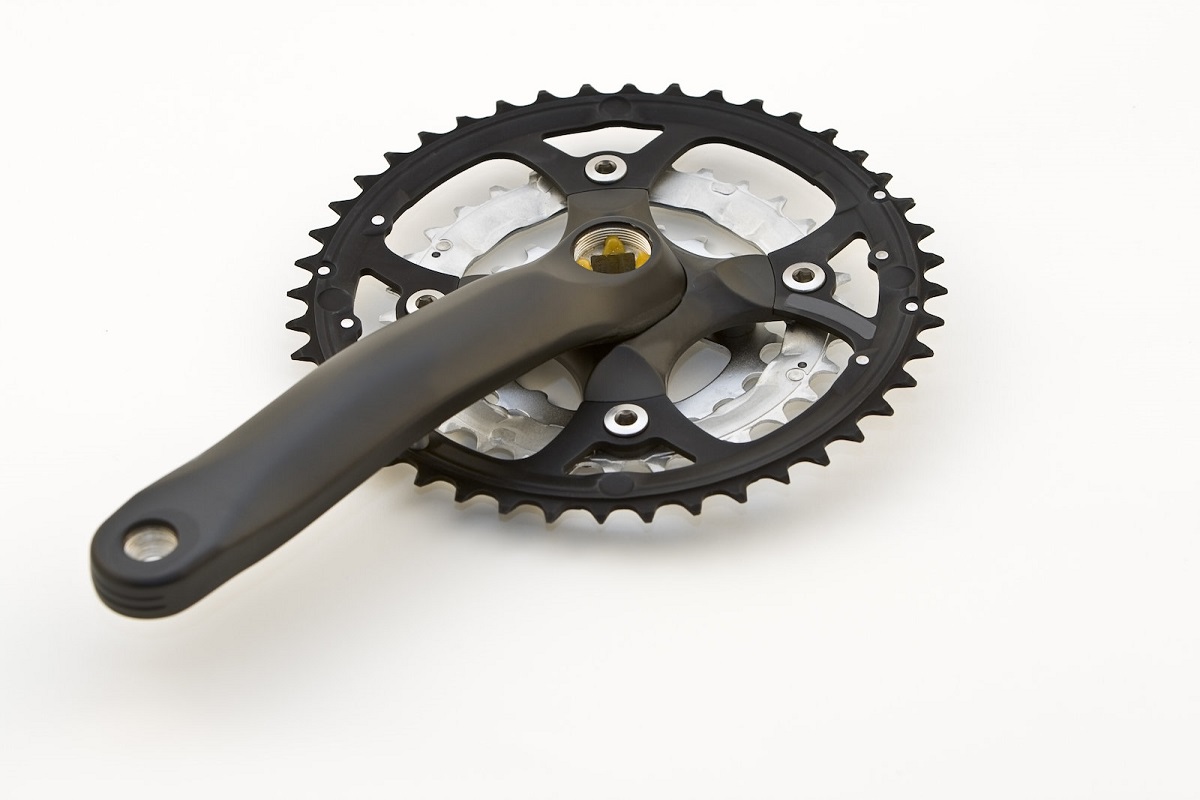 Once upon a time in the biking community, transmission parts used to be as interchangeable as mix-and-match accessories. Nowadays, it’s become increasingly more difficult to find compatible components to replace older bike parts as more off-brand products endlessly flood the market.

Still, not all transmission components are created equal as the biking giants such as Shimano and SRAM continue to release their unique lines of indexed gear shifting systems.

This factor has added to the likelihood of component incompatibility since each system is created with different specifications, which can lead to a ton of complications down the road if you’re not careful. Have no fear, however, as this article will break down all you need to know about which system components you can interchangeably swap out.

What Are Groupsets and Cranksets?

If you’ve ridden a bike before, you would know that cable tension is vital when it comes to shifting accuracy.

Both SRAM and Shimano produce bikes that rely on indexed gear shifting, and, though it does allow for more accurate shifting, it also requires the shifter to have precise alignment with the derailleurs and the drivetrain in a groupset. All three have to work together seamlessly since the rear derailleur needs to move an exact distance in reaction to a pre-set allowance of cable slack inside the shift lever.

Therefore, the shape of the derailleur, along with that of the sprocket spacing, must line up with the indexed cable pull to let the derailleur perfectly align with each sprocket. Yet how can you attempt to replace broken-down components when SRAM gear levers use a 1:1 ratio (where 1mm of cable pull shifts the rear derailleur over 1mm) while Shimano’s generally implement larger ratios (sometimes nearly 2:1)?

The honest answer is that utilizing differing brands of shifters and derailleurs might significantly impact the quality of your shifting since they’re not of the same groupset. Even components manufactured from the same brand tend to lack compatibility, and this isn’t limited to the specifications for the derailleurs or the shifters.

How this incompatibility affects the brakes, and the drivetrain must also be considered since the latter is a critical component of your crankset. Your crankset is the part of the bike that makes your pedaling move your bike chain and, subsequently, turns your bike’s rear wheel. Without it, the bike wouldn’t function at all, so your indexed gear shifting system must fit perfectly with your crankset despite being from different groupsets.

So does that mean that there’s no hope in sight for those who want to upgrade their bikes with parts from its manufacturer’s competitors? Not quite.

Can You Use an SRAM Crankset With the Shimano Group?

Thankfully, there is still a ray of hope for those who want to substitute their bike’s SRAM crankset for one from a Shimano groupset as long as they have the same type of drivetrain.

Drivetrains dictate your bike speed, so, to change your crankset, the new one must have the same transmission system as the previous one.

For instance, SRAM 10-speed cranksets can be used with 10-speed Shimano groupsets and vice versa. This reciprocal relationship also applies for 11-speed cranksets and groupsets, so just make sure your bottom bracket is still properly installed, and you’ll be all set!

If you’re looking to replace any components on a 10-speed or 11-speed SRAM bike for those from a Shimano bike, you can rest assured that they’ll work together. Those from other groupsets are not likely to fit together, so make sure you check your bike’s specifications before attempting any modifications. You will be ready to hop back on your bike just as fast as you can pedal away.

Changing the Rear Tire on a 3-Speed Bike

Can You Use Lithium Grease on Wheel Bearings?

Can You Tumble Dry Lycra?