Is it Worth Getting an Electric Bike?

Buying an electric bike is a decision that takes into account multiple factors. Among other things, convenience and desired objectives are among the reasons why some people think of getting electric bikes.

According to the market research firm NPD Group, between 2019 to 2020, the market for electric bikes has increased 145 percent. It’s a nearly $244 billion industry as of last year, and there’s no sign of a slowdown.

Instead of asking if it is worth getting an electric bike, I prefer to think, “Are electric bikes suitable for me?” Electric bikes usually do not come cheap, but they could certainly provide you with many benefits.

An electric bike is similar to traditional bicycles but with the exception of an electric motor that eases your job of pedaling. Motors come with a controller, pedaling sensor, rechargeable battery, and drivetrain. The role of the battery is to power the motor, which produces kinetic energy for the drivetrain.

In typical electric bikes, manufacturers use Lithium-ion batteries for their fast-charging capabilities. Bike frames are normally made of strong carbon fiber. This means an e-bike’s components are usually lightweight, resulting in a total mass of 45 to 50 pounds (20-23kg).

Due to advances in modern technology, you could find e-bikes at slightly more affordable prices these days. For bikes under $800, you can generally find electric bikes in the traditional categories such as mountain, road, leisure and recreational, folding, and commuting bikes. They may also run at an average speed of 15-30 mph (25 to 45 km/h).

Is it Worth Getting an Electric Bike?

An electric bike is a valuable purchase. As cities around the globe try to go carbon-neutral by cutting down on motor vehicles, e-bikes are expected to play a stronger role in urban transport. They are built for speed, ease of operation, and for inner-city commutes, such as traveling to work, school, and the local stores.

Cycling on bikes is a good form of physical exercise. On a conventional bike, your exercise sessions may be somewhat limited by the confidence in your own fitness ability. You may not dare to venture too far from home for fear of fatigue. In contrast, an electric bike’s motor could be a form of backup power for you if you feel drained after a long ride!

How Electric Bikes Help the Environment

Let’s look at some statistics. The US Environmental Protection Agency found that the average gasoline-based household vehicle goes 11,500 miles every year. This means that each household motor vehicle releases 4.6 metric tons of carbon dioxide per year.

In contrast, electric bikes are zero-emission vehicles in the sense that fossil fuels are not burnt to keep them going. Here’s a summary of e-bikes’ environmental benefits: 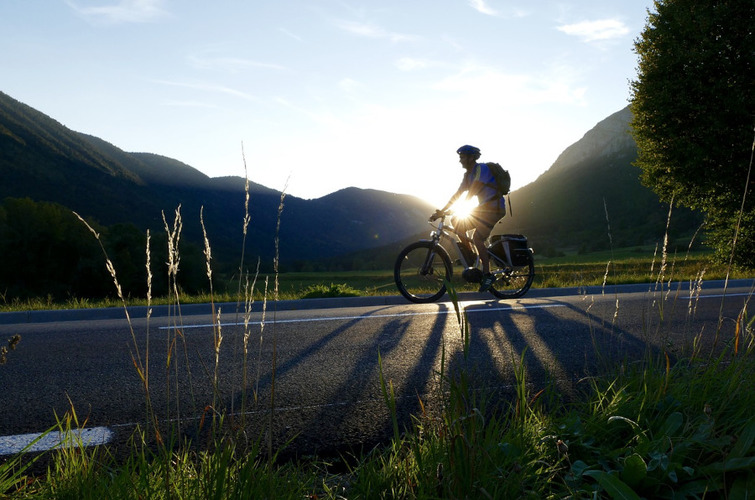 Electric bikes are a game-changer when compared to conventional bikes.

When you start pushing on the pedals in a pedal-assist e-bike, the motor gives you a boost. You could thus expend less energy than on a traditional bike.

For people who experience ailments such as knee issues and asthma, e-bikes reduce the effort required to enjoy cycling. If you frequently ride around hilly areas, you would appreciate the extra help you get from the motor when riding uphill!

Whether it is worth getting an electric bike or not depends on your priorities and how suitable it is for your situation. If you require a bike for frequent commutes in the city center, electric bikes are certainly an option to consider.

Moreover, if you wish to reduce your reliance on gasoline-based vehicles, e-bikes could be a great compromise too. By getting an electric bike, you could do your part to save the environment by reducing air pollution and carbon emissions.

Bernita Fregoso is a Mom, Wife, and Fitness Instructor.  For the past several years she has worked as a content writer. She is passionate about her work in the sports and outdoor fitness areas.

How to Prepare For a Triathlon

How Do Disc Brakes Work on an E-bike? A Small Device with Big Power